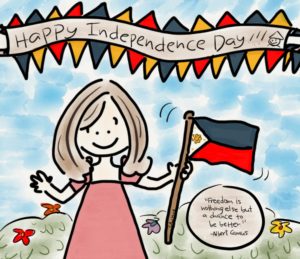 Independence Day (Filipino: Araw ng Kasarinlan also known as Araw ng Kalayaan, or “Day of Freedom”), is an annual national holiday in the Philippines observed on June 12, commemorating the Philippine Declaration of Independence from Spain on June 12, 1898. Since 1962, it has been the country’s National Day. We are now celebrating our 120th Philippine Independence Day. Raising of the flag is very essential during the celebration because all together we salute our flag. It represents our Identity and our nation. We give a moment, a time during the ceremony to recognize the fallen blood of every Filipino who fought and stood to achieve our Independence.  There are 3 major places of the flag ceremony and wreath laying; 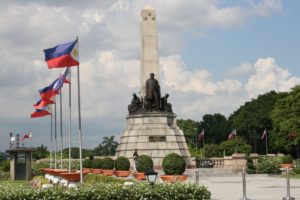 First is at Rizal Park also known as Luneta Park or simply called Luneta, is a historical urban park in the Philippines. Located along Roxas Boulevard, Manila, adjacent to the old walled City of Intramuros. It is one of the largest urban parks in Asia. It has been a favorite leisure spot and is frequented on Sunday and Holidays. Rizal park is one of the major tourist attractions of Manila. 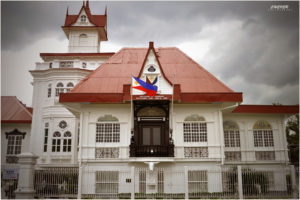 Second in Kawit, in the province of Cavite where the first Philippine flag is waved at the house of President Emilio Aguinaldo (first President of the new, self-government Philippine Republic in 1898) 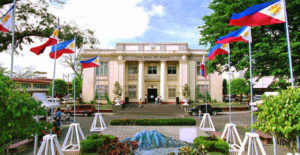 and lastly is at the town of our President Rodrigo Duterte in Davao City, in the Island of Mindanao.