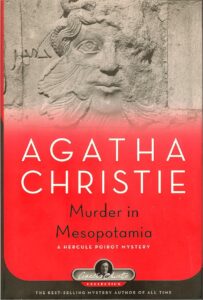 Pubblicato in Italia con il titolo Non c’è più scampo. Nel mezzo del deserto iracheno, una donna viene uccisa e Hercule Poirot investiga.
In the middle of the Iraqi desert, an ancient site becomes the setting of a murder when the wife of a celebrated archaeologist is murdered. Luckily, visiting the site is none other than the best detective in the world, Hercule Poirot, who suspects that another murder will soon occur. Will he be able to stop the killer before it’s too late?
The story is narrated by Miss Amy Leatheram as an account of the investigation. Miss Leatheram is a nurse hired by Dr. Leidner, the renowned American archaeologist who leads the expedition, to take care of his beautiful wife who is haunted by visions and by a past that won’t leave her alone. When Mrs Leidner is found dead, she assists Hercule Poirot in investigating her murder.
Although not among my favorite of Agatha Christie’s novels, it is a story I still highly enjoy reading. The setting is beautifully described, evocative, and exotic and the mystery, as usual, is complex and full of surprises. Poirot’s loyal friend, Hastings, is missing from the investigation and the story, but Amy Leatheram is an excellent substitute. 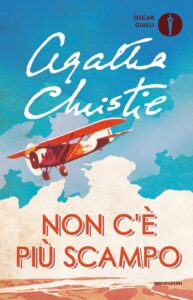