ALI HAZELWOOD – UNDER ONE ROOF, STUCK WITH YOU, BELOW ZERO (3 NOVELLAS) 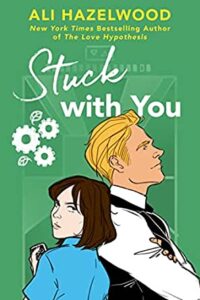 Non ancora pubblicate in Italia (la prima novella sarà pubblicata a settembre). Da una delle mie autrici preferite, arrivano tre storie piene di risate e romanticismo.
Last year, following the hype on social media, I read The Love Hypothesis by Ali Hazelwood and I fell in love with the story, the characters, and the author’s writing style, so she is now one of my favorite authors and I read every book she publishes. This summer, she published three novellas whose protagonists are three women, scientists and close friends, and each story revolves around one of them. 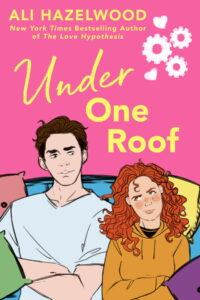 In Under One Roof, environmental engineer Mara has inherited a house from her former professor and mentor, but she has to share it with Liam who couldn’t be more different from her. They don’t agree on anything, but as they spend more time together, Mara realizes that maybe she doesn’t hate him as much as she thought.
In Stuck With You, Sadie is an engineer. One night she gets stuck in the elevator in the office. What is worse than being stuck in an elevator in New York? Being stuck with the man who betrayed you and broke your heart. Even though Erik apologizes, can she forgive him?
In Below Zero, Hannah’s has realized her dream to become a NASA aerospace engineer, except that now she is stuck in a hole in the Arctic with a broken ankle and the only one who turns up to save her is Ian, the only man she ever had feelings for and the same man who vetoed her project. Why is risking his life to save her? And why can’t she stop thinking about him? 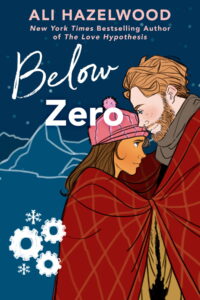 I loved all three novellas, but Below Zero is probably my favorite (mostly because of all the NASA and Mars Rover stuff, which I am obsessed with). Ali Hazelwood is an incredible writer and her stories are full of romanticism, fun, and escapism. I can’t recommender her enough!