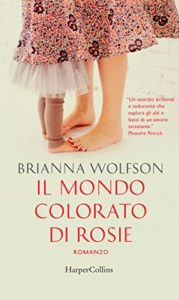 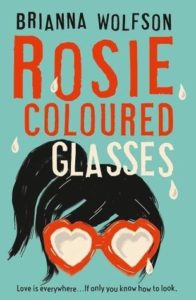 This is a highly emotional novel. I cried a bit reading it, especially the end. The protagonist is Willow, a twelve-year-old girl who, since their parents divorced, loves to spend time with her mother, Rosie, even if her father, Rex, has her and her brother’s custody. Together, they listen to music, they paint, and they eat pizzas and candies. Rosie prefers to spend time with her mother, because her father’s house is not that much fun. It’s full of rules and checklists and healthy food.

The other protagonists of the novel are Rosie and Rex. Through flashbacks we see how they met, how they fell in love, even if completely different people. They left New York for Virginia to start their own family, but then things went completely wrong.

This novel was nothing I expected to be. It explores the strong relationship not only between a mother and her daughter, but also the strained relationship between a father and a daughter who can’t seem to be able to communicate and understand each other. The characters are likable and very realistic and I loved Rosie. The story is slow-paced as it focuses on the characters’ emotions, but its plot is still captivating. This is an intense and heartbreaking novel that you will still be thinking about long after you finished reading it.