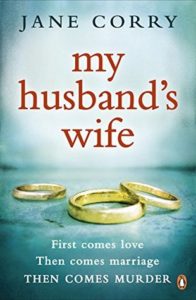 Lily meets Ed and after just two months they are married. The wedding bliss ends soon as both husband and wife are keeping secrets from each other. Ed dreams of becoming a famous painter, while Lily is a lawyer whose new client, Joe, a man accused of having killed his girlfriend, seems to know her too well. And even though Joe makes her feel uneasy, she can’t help but being drawn to him.

Next door lives an Italian woman and her nine-year-old daughter Carla. Carla’s mother is too busy chasing her married boyfriend, so Carla is often left on her own and soon she befriends Lily and Ed.

Sixteen years later, Carla is a partner in a law firm, Ed is a successful painter, and Carla is moving back to London after spending a few years in Italy. As their paths cross again, the consequences will be disastrous.

This is a very dark and dramatic thriller. Each character has secrets, each character has their own agenda, and each character gets into situations that quickly spiral out of control. I didn’t find any of the characters likable – Lily acts as a good person, but she is not really that good; Ed is selfish; and Carla is manipulative –, but the author explores in detail their minds pulling out complex characters at the center of a compelling story.

The narrative is slow-paced, so sometimes it seems like the story is dragging on. Despite this, the plot is very well-written, there are many twists and turns to keep you entertained and you will arrive at the end of the book on the edge of your seat.