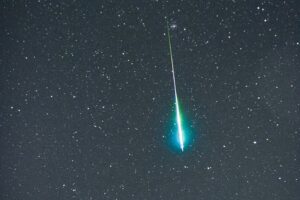 Wednesday morning at 3:47 in the sky of Nueva Ecija. A Psychology student Paul Jacalan photographed a meteor shower. And according to Him, it was thrilled to see the Leonid meteor shower from his province, especially since it rarely happened.

He also heard the news about the Leonid Meteor Shower peak in the early hours of the said day, so He tried to time-lapse in the sky. He added also, that most of those I’ve ever heard are small. But this is exquisite ‘that suddenly appeared in our area that was huge and apparent lying about where my camera was focused. He was happy and couldn’t believe it. Because it’s very rare to get on a very bright meteor and all of a sudden it appears in the sky.

According to astronomer from the Philippine Astronomical Society, Prof. Edmund Rosales, annually from November 3 to 30 occurs the Leonid meteor shower. But in the night of November 17 until the early morning of November 18, 2020 it peaked, where 15 to 25 meteors or shooting stars are seen in sky. He said it began to see before midnight and lasted until midnight.

The expert made it clear that neither can be said whether a meteor or shooting star is Leonid because the name given to these meteor showers is based on which constellations they come from.