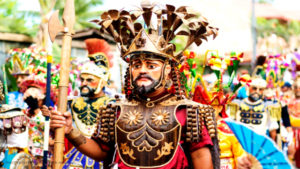 The Moriones Festival is an annual event held on Holy Week in the beautiful island of Marinduque, Philippines. The “Moriones” are men and women in costumes and masks replicating the garb of biblical Roman soldiers as interpreted by local folks in the street. This is a colorful festival celebrated and participated by the people of Marinduque. Many practitioners are farmers and fishermen who engage in this age-old tradition as a vow of penance or thanksgiving. 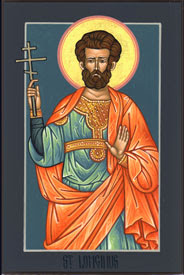 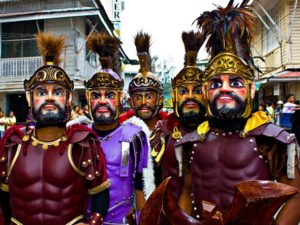 The participants use morion or Morion helmet masks to depict the Roman soldiers and Syrian mercenaries within the story of the Passion of the Christ. The Moriones refers to the masked and costumed penitents who march around the town for seven days searching for Longinus. Morions roam the streets in town from Holy Monday to Easter Sunday scaring the kids, engaging in antics or surprises to draw attention. This is a folk-religious festival that re-enacts the story of Saint Longinus, a Roman centurion who was blind in one eye. The festival is characterized by colorful Roman costumes, painted masks and helmets, and brightly colored tunics.

The towns of Boac, Gasan, Santa Cruz, Buenavista and Mogpog in the island of Marinduque become one gigantic stage. The observances form part of the Lenten celebrations of Marinduque. The various towns also hold the unique tradition of the pabasa or the recitation of Christ’s passion in verse. Then at three o’clock on Good Friday afternoon, the Santo Sepulcro is observed, whereby old women exchange verses based on the Bible as they stand in wake of the dead Christ. 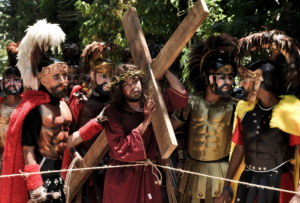 One of the highlights of this festival is the Via Crucis. A re-enactment of the suffering of Christ on his way to the Calvary. Men inflict suffering upon themselves by whipping their backs, carrying a wooden cross and sometimes even crucifixion. They see this act as their form of atonement for their sins. This weeklong celebration starts on Holy Monday and ends on Easter Sunday.

The Moriones or Moryonan tradition has inspired the creation of other Festivals in the Philippines where cultural practices or Folk history is turned into Street Festival. Take the whole family with you for an exciting and cultural tourist destination in the Island of Marinduque.