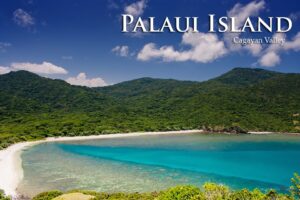 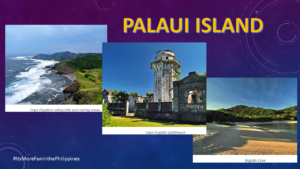 I guess no other place in the Philippines radiates so much mystique as Palaui Island, a small yet fascinating island off the coast of the town of Santa Ana in the province of Cagayan. The northwestern part of the island reopens to tourists last March 8, 2022

Palaui Island lies on the northeastern tip of mainland Luzon under the jurisdiction the town of Sta. Ana, a special economic zone bustling with modern industrial establishments and blessed with beautiful coastline. Despite the developments, Sta. Ana is still rural and laid back, projecting contrasting features that add to its mystique.

But what makes Sta. Ana more beautiful is Palaui, the island off its shore that offers so much – white sandy beaches and panoramic coves, a century old lighthouse, hidden waterfalls and lovely people, all in a scenic ragged terrain surrounded with huge waves and echoing wind.

With a land area of more than 3,000 hectares, Palaui Island is made up of volcanic debris. It is home to a fishing community without electricity and commercial accommodation. Its main attraction aside from its beaches is the Farol de Cabo Engaño, an 18th century lighthouse built by the Spaniards that guides ships entering and leaving Sta. Ana specially those using Port Irene and San Vicente, as well as those traversing the Babuyan Channel and Philippine Sea.

Palaui Island is a place built by wind, sculpted by waves and nurtured by time. Discover the distinct charm of its scenic ragged terrain; chorus with the howling music of its gigantic waves; explore and experience the mystique of Palaui Island.