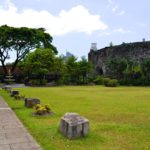 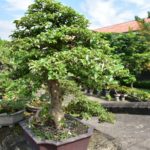 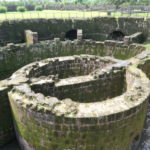 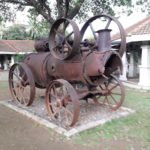 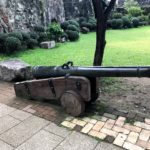 The Baluarte de San Diego Gardens is a bastion in Intramuros, part of the Spanish colonial fortification in the walled city of Manila in the Philippines History. The existence of the fort started from Governor General Gómez Pérez Dasmariñas who integrated an older fort with cortina or curtain walls, built from 1591-1594. The bastion is a protruding structure with facing flanks built along the cortina. The purpose of its projection was to ensure a clearer view of the cortina for the artillery – in order for them to prepare against invaders. The bastion has two parts; face (which projected outward) and flanks (connecting the face and the cortina, or the curtain wall). Several developments were added in the course of time such as addition of semi-circular structures at the base called orillons or little ears making the bastion resemble an ace-of-spades shape. In 1609, a writing from Antonio de Morga states that the structure was only a tower within a much larger construction of the Fort Nuestra Señora de Guia. Jesuit priest Antonio Sedeño was the commissioned parish priest responsible for the construction of the Fort Nuestra Señora de Guia. Some of the amenities and facilities included within the fort were courtyard, cistern tank (water supply tank), lodging quarters, and workshops.  The Bastion de San Diego Gardens is another lovely attraction within the historic old town of Intramuros and great spot to relax.

It’s More Fun in the Philippines