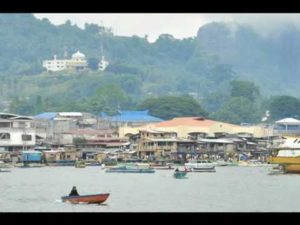 Sitangkai is in the province of Tawi-Tawi, Philippines and it is also called the “Venice of the South” due to the use of boats as primary transportation. The major sources of livelihood are fishing and farming, although there is very sparse agricultural land available. 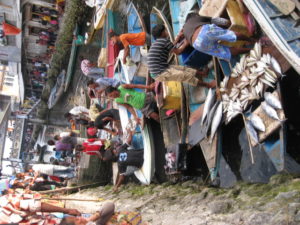 The majority of the people here are badjaos and sama. We don’t often see floating market in the Philippines; however, when you go to Sitangkai you will be brought to a new world.

Sitangkai, Tawi-Tawi is rich in marine resources. The mode of transportation is by sea using the pump boat. There are no tricycles, jeeps and motorcycles in this area. What is amazing in this place is the beauty of trade and commerce. The sellers, mostly badjaos, sell directly from their boats. 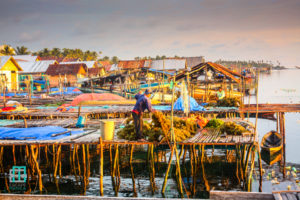 Sitangkai is also known as the “seaweeds capital of the Philippines”. Aside from fishing, seaweed farming is another source of livelihood in the Island. The economy of Sitangkai is booming due to the production of seaweeds.

The visitors and guests from the neighboring place and other cities who visit Sitangkai really appreciate the place. In addition, the people of Sitangkai are really peace-loving and hospitable.