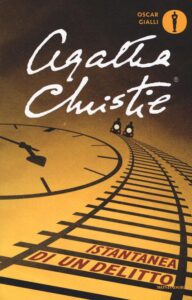 It’s Christmas time and London is full of people buying Christmas presents. Even Elspeth McGillicuddy has spent the day in London buying presents and now is on the train home. As the train passes parallel with another, Elspeth looks out her window and she witnesses a man with his hands around a woman’s throat. The woman falls and the other train draws away. When she tells the police, no one believes her, no body has been found on the other train, so she has no other choice but to turn to her old friend Miss Marple who decides to investigate. 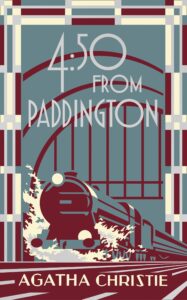 This is another example of Agatha Christie’s genius. It could have been the perfect murder, if not for the trains going side by side and an astute and determined woman who won’t stop until she finds out the truth. Set in the English countryside, featuring family secrets, murder, secrets, and a large cast of suspects (or victims?) this is another suspenseful and original story from the Queen of Crime!