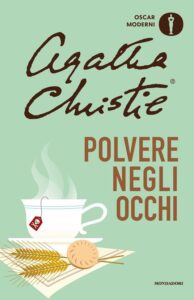 Mr. Fortescue drinks his tea every morning at ten. Except, on this morning, after drinking his tea, he accuses pain and dies. In his pocket rye grain is found. Following the death of other two members of his household, it is time for Miss Marple to investigate and it is clear the killer is following an old nursery rhyme. 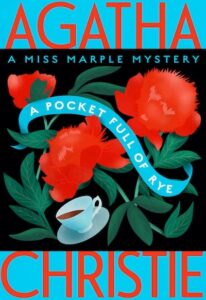 I do love a murder in rhyme and A Pocket Full of Rye didn’t disappoint. Once again, Miss Marple shows that despite her gentle appearance, no killer can escape her. I like how she manages to mingle among the family members, making herself both invisible and useful as she shows wisdom and receives the secrets and confessions of the suspects while drinking tea. Then, like Poirot, Miss Marple keeps the most important clue to herself to make a big reveal at the end that takes the reader completely by surprise. Another fantastic read!