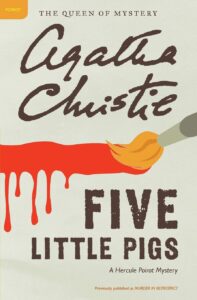 Pubblicato in Italia con il titolo Il ritratto di Elsa Greer. Sedici anni fa Caroline Crane fu condannata per l’omicidio di suo marito, ma era veramente colpevole? Hercule Poirot indaga.
Can the best detective in the world solve a sixteen-year-old murder? If its name is Hercule Poirot, he can. Amyas Crane was a famous artist, known also for his many affairs. His death was declared a murder after poison was found in his drink. The guilty party was the scorned wife who, according to witnesses at the time of the murder, he was going to divorce to marry his latest mistress. However, their now grown-up daughter is convinced that her mother, who died in prison, was innocent and asks Hercule Poirot to prove it. It’s not easy to investigate a murder when there is no longer a crime scene and the memories of the witnesses can’t be very detailed.
At the time of the murder, there were five other people at the house and Hercule Poirot questions them, creating a nursery rhyme for each of them:
This little pig went to the market
This little pig stayed at home
This little pig had roast beef
This little pig had none
This little pig cried “wee wee wee” 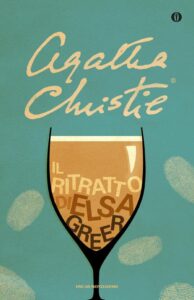 As the story progresses we see a new layer of each character so that by the end we get a complete picture of each and one of them and when Hercule Poirot reveals the truth at the end, we see that it all makes perfect sense!