AGATHA CHRISTIE – THE BODY IN THE LIBRARY 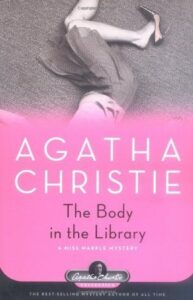 One morning, Colonel Bantry and his wife are awoken by their maid hysterically announcing “Oh, ma’am, oh, ma’am, there’s a body in the library.” Confused, Mrs. Bantry goes to the library to find indeed the body of an unknown young woman. Once again, the quiet English village of St. Mary Mead is shocked by a murder and, while the gossip wheel runs wild and people speculates, the sharpest mind of the village, Miss Jane Marple, is called by Mrs. Bantry to investigate together. 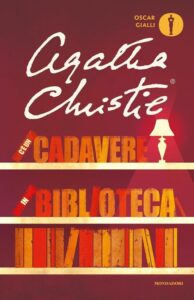 I enjoyed this novel much more than the first one. The mystery was very intriguing, a puzzle not easy to solve and with a small cast of suspects. Luckily, Miss Marple, with “a mind that has plumped the depths of human iniquity and taken it as all in the day’s work” is on the case, solving it when the police can’t seem to. I really like the character of Jane Marple because she has a deep knowledge of human nature and notices things that others don’t. She is often underestimated as simply an old spinster, but her mind is sharper than most. A fantastic read!