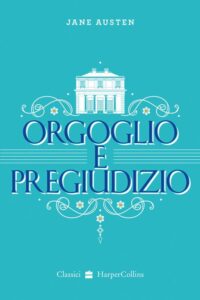 “It is a truth universally acknowledged that a single man in possession of a good fortune must be in want of a wife” is one of the most famous lines in literature and it’s the opening of one of my favourite novels.

Originally published anonymously in 1813, Pride and Prejudice is one of the most popular novels in English literature and, over the centuries, it has seen various adaptations, reprints, and movie versions (the 2005 film featuring Keira Knightley and Matthew Macfayden is my favourite). 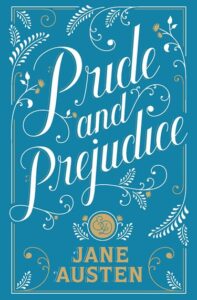 Set in the village of Meryton in Hertfordshire, its protagonist is the Bennett family. While Mr. Bennett spends most of his time hiding in his library, Mrs. Bennett hopes to marry off her five daughters. And when the Netherfield estate is rented to Mr. Bingley, a rich bachelor, Mrs. Bennett hopes that he will turn his attention to one of his daughters. While Mr. Bingley manages to charm the Bennett family, his richer friend Mr. Darcy, with his arrogant and proud attitude, is disliked by everyone, especially the second Bennett daughter, Elizabeth. 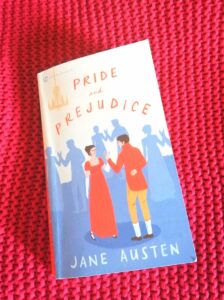 Considered one of the most-loved books and with over 20 million copies sold, Pride and Prejudice is a classic of the literature. I have read Pride and Prejudice many times and yet it still manages to engross me and keep me glued to the pages as if it was my first reading.