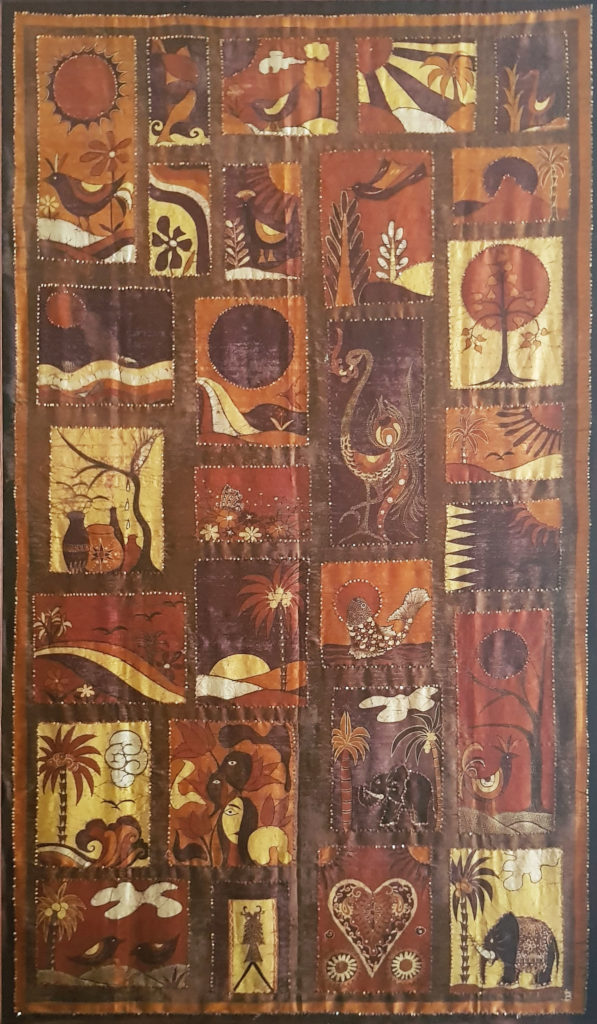 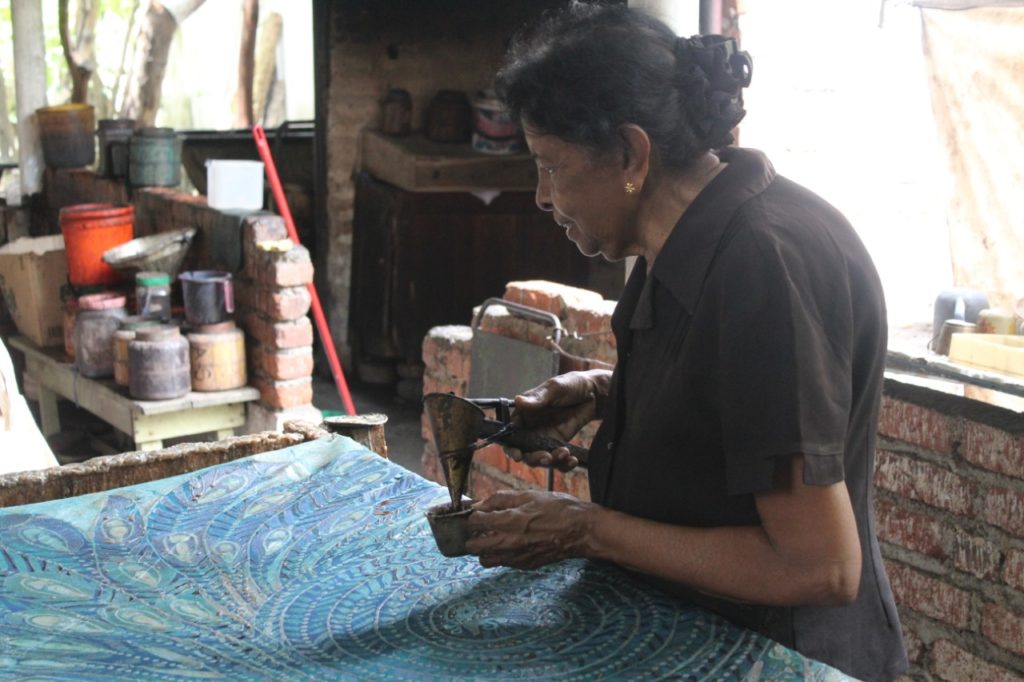 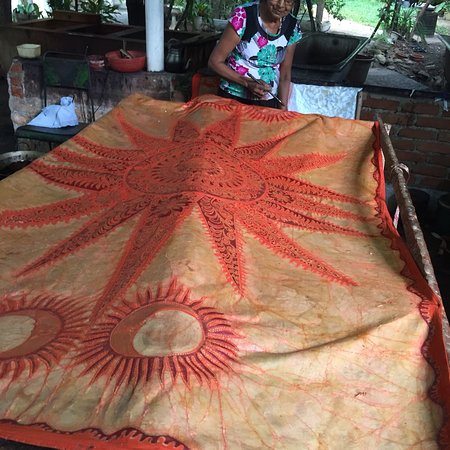 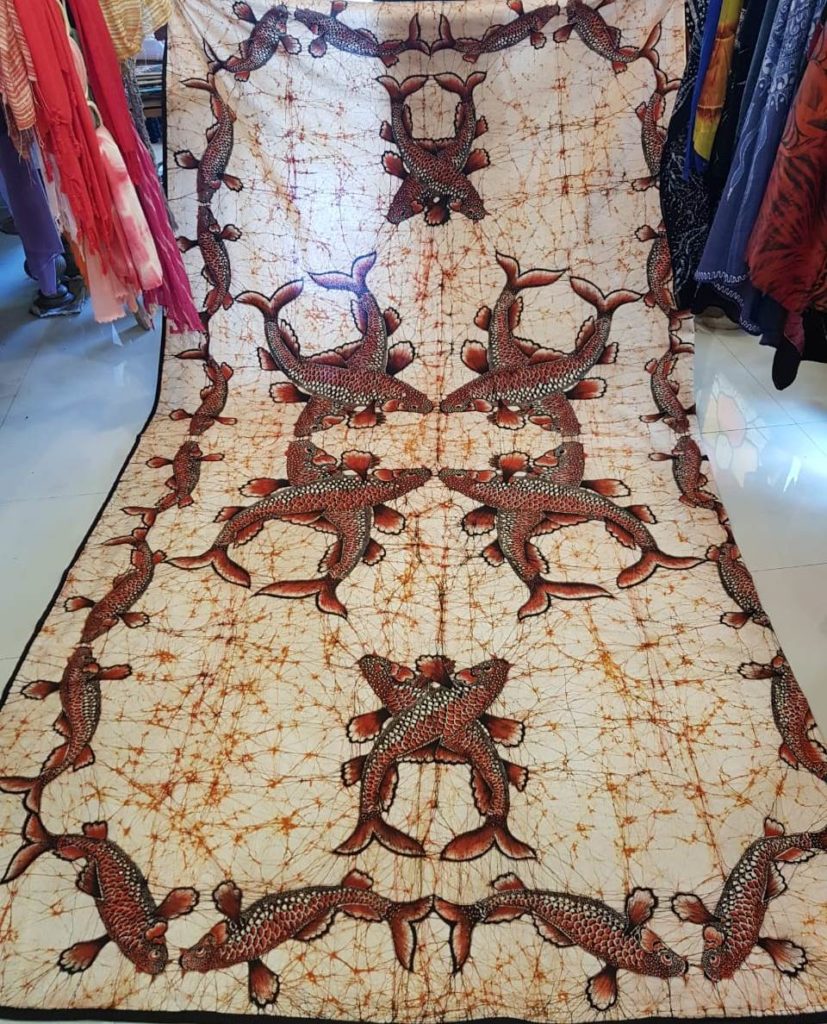 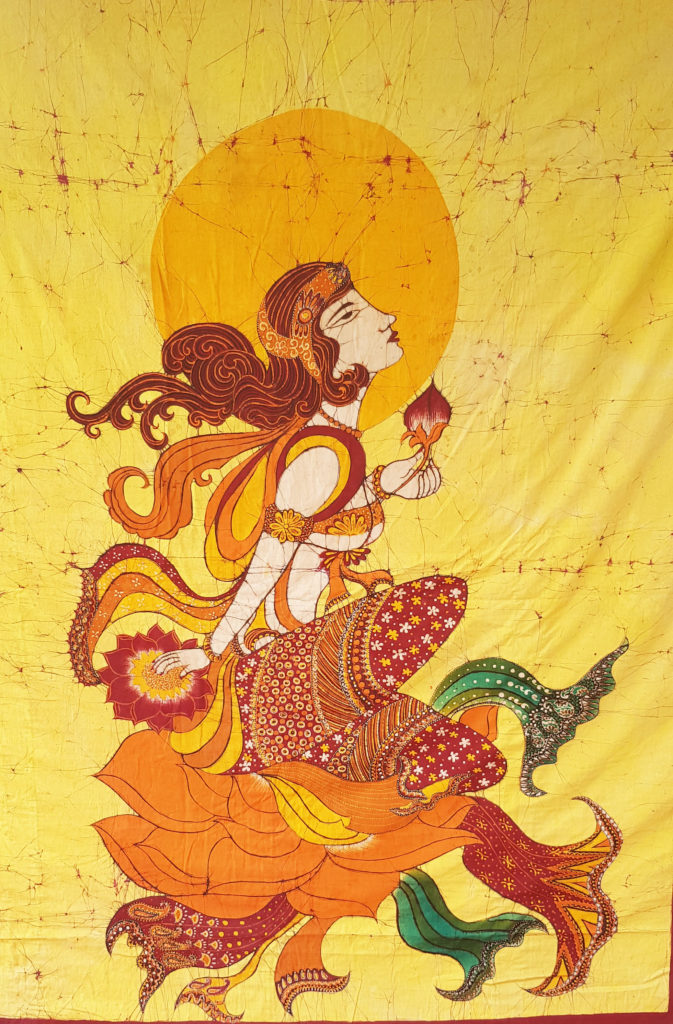 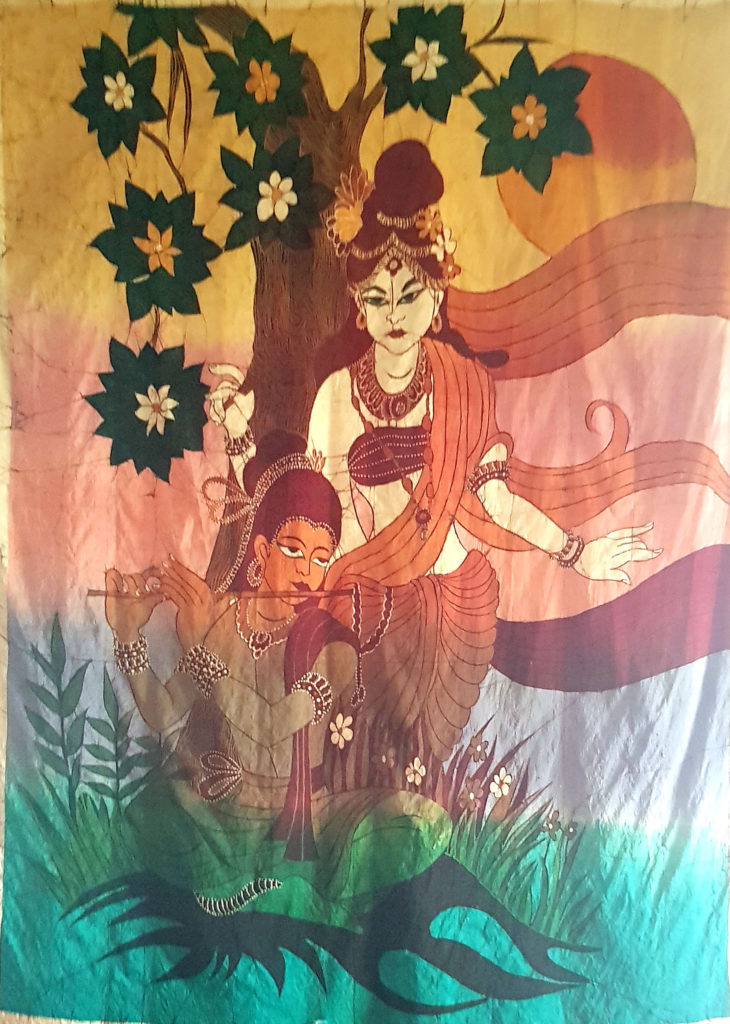 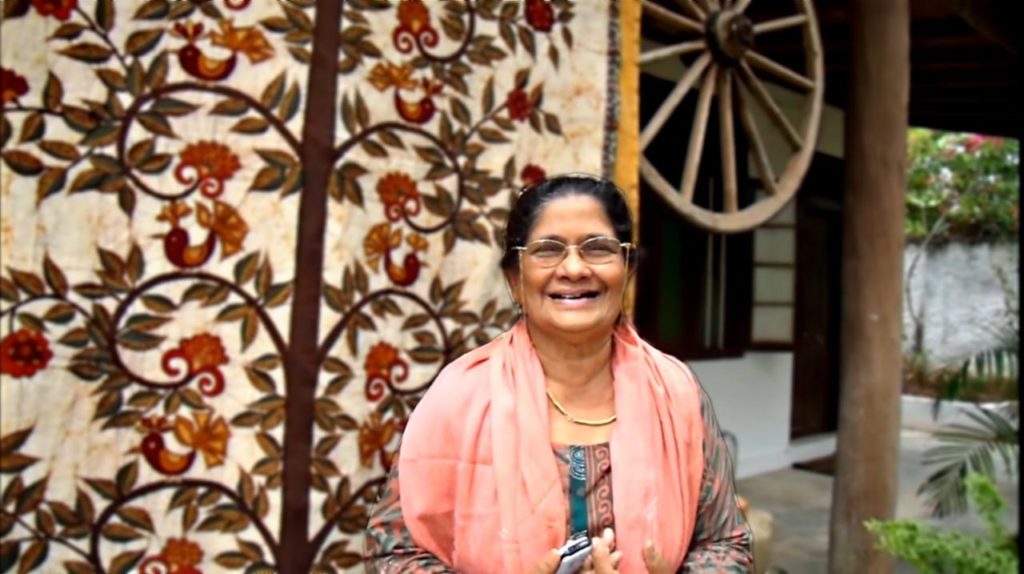 I first met Madam Jezima Mohamed about twenty years ago, thanks to a dear Italian friend who has been in love with this island for over forty years.

I wanted to buy batiks still created with the ancient technique, possibly unique pieces with non-standard and above all non-industrial designs. He told me: “I understand what you are looking for, come, I’ll take you to Matara .. you won’t believe your eyes” ..and so it was.

We meet again a few days ago, after a some years. Time has behaved like a gentleman with her, only a few more small wrinkles that deepen as she smiles at me. She greets me in her garden, the tea is ready, a short greeting, and she immediately begins to remember …

You know, when I was born this island was still called Ceylon and it was a British colony. It was 1940, during the Second World War, and Ceylon was considered an important point of connection with Europe. My family lived in Matara in the south.

These were not easy moments, we were at war and the revolts for the country’s independence had already begun. I attended St. Mary’s school and started taking the first coloured pencils at the age of seven, it was then that I discovered my great love for painting, and since from childhood I wanted to draw and paint.

I have always loved painting pictures of birds, especially peacocks and any subject connected with nature: animals, flowers, sunsets. Unfortunately at the age of thirteen my father suddenly became ill and being the eldest of seven brothers I had to help my mother to face this difficult situation and to support my family. And it is at that time that my saddest paintings and the darkest colours date back. From thirteen to seventeen I worked with my mother, I designed ceremony dresses, we faced many difficulties, month after month, year after year. It was the 1950s and in Sri Lanka, for us women, it was not at all easy to face the world of work. Obviously this has slowed down and hindered my artistic education. I also got married very young, at seventeen, but I was a lucky woman. My husband not only shared my passion for drawing but helped me, supported and encouraged me to continue my studies. I was eighteen years old when I saw batik works for the first time, in my class, I was fascinated, I started to get interested in this technique and, again thanks to my husband’s help, I met a great master of traditional batik, a man of great heart, who taught me all the secrets of this art … until my passion became my life’s work.

– Almost nothing has changed since I first visited it. The same dyeing tanks , the tables for drawing, the area for the preparation of the wax ..-

… Batik is not just a dyeing technique but a real art. Its origins are ancient, it seems to date back as far as Ancient Egypt in the 6th century BC and in India in the first century BC even if the real technique developed in Indonesia. In Sri Lanka it was the Dutch colonizers who introduced it, in the seventeenth century, and since then it has maintained the same characteristics. At the beginning the batik was considered elitist, there were many nobles of Kandy who practiced it as a hobby, but then with the arrival of the British rule the production of batik fabrics began to decline until it almost disappeared. Only a small niche of craftsmen remained, who continued to hand down the techniques from generation to generation and it was only after independence that an interest in batik began to awaken, recognizing it as art. I follow the ancient traditional technique and I use only natural fabrics, cotton, silk or linen and vegetable colours, and every processing step is done by hand. First I create the design on the fabric after which the colouring phase begins. Each area of ​​the fabric that must not be coloured is covered with hot wax using nibs, small brushes or brushes depending on the area to be covered, finally the fabric undergoes three different baths: the first to absorb the colour, the second to ensure its maintenance and then the actual dyeing. At the end of the dyeing process the fabric is immersed in hot water to remove any residual wax. Then the whole phase is repeated for each shade of colour proceeding from the lightest to the darkest ones.

In the early eighties, with the increase of tourism, Batik craftsmanship began to reassert itself and it was at that time that my son approached my work. He started to introduce my fabrics, creating interest in my designs, so Jez-look was born, a small artisan business that produces batiks. The market has evolved and sarongs, dresses, shirts and furnishing fabrics are increasingly in demand. Now a part of the laboratory is dedicated to simpler productions, both with classic and modern designs, but everything is produced according to tradition: drawing and dyeing are done by hand. Eleven people currently work in the laboratory and each piece is unique, even if the drawing is repeated, and I will never allow block printing techniques to be used. I create the drawings and supervise the production but I never stopped dedicating myself to the creation of my unique pieces. I can still find the time to engage in new jobs thanks to the invaluable help of my first pupil, who has been working with me for almost fifty years and has never abandoned me.

A true batik artist follows his work from beginning to end. From the drawing to the wax at every dyeing bath. It does not allow anyone to touch it until it is finished. And I, for some jobs, took even more than a year to complete them. Do you remember the magnificent red peacock? He had just returned from an exhibition in New York when you took it away from me … I had worked almost two years to make it.

I can’t talk about my artistic experience because I consider all my life an experience dedicated to art. In all my works I try to express the values ​​I believe in: love, trust, kindness, and I use colours as an expression of my feelings. I have participated in many exhibitions, I really like traveling and meeting new people, exchanging tips, techniques. In my travels I met so many wonderful people with whom I am still in touch. I participated in exhibitions in Germany, Switzerland, the United States, and also in Italy, in Florence, in a beautiful castle. I had many satisfactions, received international awards, I won the Edicoin award in 1988 (International Commerce USA Award) and I donated a batik to Queen Elizabeth II with her portrait, who not only answered me thanking but also sent me some silver coins. I had a full life, full of events, fulfilling … and now, instead … we are living in a very difficult period, I am very sad, but it will soon pass … – And she smiles.

We finish our tea, already cold … she hugs me, we promise to see each other again soon, at a better time … I go out, thinking about her words.

It is true, it is a difficult time but for a few hours her sweetness made me forget the present.

Thanks Madam for giving us a moment of beauty and serenity, simply Thanks.