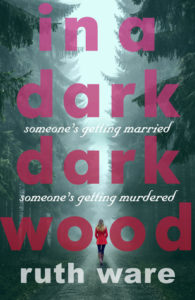 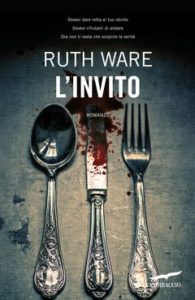 Nora and Clare were best friends when they were teenagers but they haven’t seen each other in ten years. Now Nora is a writer while Clare is an actress and she is getting married to James, Nora’s boyfriend when she was sixteen and with whom she is apparently still in love. Nevertheless, when Nora receives Clare’s invitation to her hen party in an isolated house into the woods, Nora accepts it so she finds herself spending the weekend with a group of strangers and with the person she once considered her best friend.

But during that weekend something goes very wrong. From drinking and smoking too much to secrets from the past that are revealed, the hen party quickly turns into a nightmare.

In A Dark Dark Wood is the debut novel of an author that I’ve really come to love. Her writing is captivating and I love how slowly she builds the suspense page after page. There are many twists that made me gasp in surprise (and sometimes even horror) and I was on the edge of my seat throughout the entire reading.

By setting the novel in an isolated house into the woods, with no cell reception, and away from any sign of civilization, Ruth Ware created the right setting and reading this book was like watching an horror movie.

This is a novel about friendship, past loves, past jealousies, and the lengths one person would go to protect their own secret. There is a movie version in development and with well-crafted characters and a dark and dramatic plotline that will grip you from the first page, this is the perfect read for fans of Paula Hawkins and Gillian Flynn.